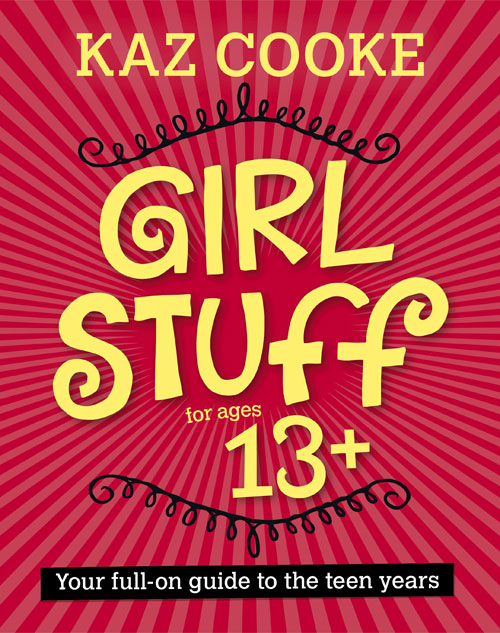 The must-have girls’ guide for the teen years, fully revised and updated edition 2021-22.

What is the right age to start drinking and taking drugs?

By Kaz Cooke
From the latest edition
of Girl Stuff 13+ Aha, a trick question! There is no ‘right age’. The most important thing is to know a lot more about both before you decide what the right thing is for you. Alcohol and drugs are not good for the teenage brain.

Lots of teenagers don’t drink. In some friendship groups nobody or hardly anybody ever drinks. In other groups almost everybody does, a lot.

Before you have a drink, ask yourself why you want it. Here are some common reasons – not necessarily good ones – teens give for drinking: they think it will make them more grown up; to help them relax; because they’re allowed to; because they’re not allowed to; everyone else is; someone just gives them a drink so they have it; they don’t know how to have fun without it; they think you have to on every possible occasion; they want to ‘wipe out’ their feelings temporarily; they have a dependency problem – any teenager who drinks every day, or gets drunk every week, has a serious alcohol problem, whether or not they admit it (there’s more on this in Girls Stuff 13+)

The only way to avoid risk with illegal drugs is not to take any. Because everyone’s brain and body are different, even the same batch of a drug will affect people in different ways. While a friend may have a good time on a drug, and encourage you to use it, that doesn’t mean you’ll have the same result, even if it’s the same dose. Illegal drugs aren’t like prescription ones; they don’t come in accurate doses, so you’ll have no idea how much you’re getting. In most cases when you’re deciding whether or not to take or smoke something, it will be impossible to know precisely what’s in it, its strength or its likely effects.

For more information on legal and illegal drugs get the book, Girls Stuff 13+: Your Full-on Guide to the Teen Years.

Help! I’m so stressed about school and friends and stuff. How can I stay positive?

What is the right size, shape and weight for me to be?

Should I wear make-up or not?

All the girls in my friendship group have turned on me and I don’t know why. What can I do?

I’ve had a fight with my ‘best friend. How do I fix it?

My boyfriend/girlfriend is pressuring me to have sex and I don’t want to. What can I do?

If I don’t show my face, is it OK to send someone a nude pic of myself?

I think I might be gay and I know that’s OK, but I don’t know whether to tell anybody yet. What should I do?

I would like to get a part-time job and earn my own money. How do I go about that?

My parents are separated and probably will get a divorce. What do I need to know?

How do I keep my teenager safe online?